How might we sing our way through the transformation of place? 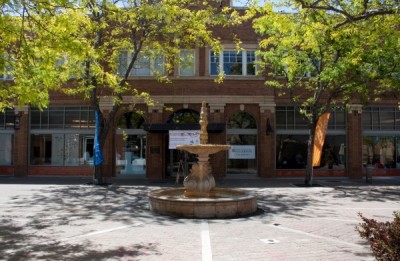 Looking for VOCALISTS and MUSICIANS to perform on camera for an artist video.

During the summer of 2017, while artists-in-residence at Grand Central Art Center in Santa Ana, CA, Angel Nevarez and Valerie Tevere began research toward a new project that builds upon their interests combining time-based media with songwriting, vocalizing, and civic participation.

They began their process with the question: How might we sing our way through the transformation of place?

While in-residence, Nevarez and Tevere learned stories of spaces in Santa Ana, both inhabited and boarded up, of immigrant-owned entities that passed through generations only to be pushed out by rising rents and revitalization plans. Downtown Santa Ana, historically a thriving commercial area catering primarily to Mexican and recent immigrant communities, is now shifting its identity for potential newcomers. The stories of Santa Ana are the stories of Sunset Park in Brooklyn, of Boyle Heights in Los Angeles, of Pilsen in Chicago – neighborhoods where real estate speculation supersedes communities.

With this in mind, Nevarez and Tevere have written a song.

Auditions for musicians and vocalists will be held on July 9th and 10th, 2018. Looking for amateurs and professionals alike.

Partial support for GCAC artist-in-residence programs is made possible through a generous grant provided by The Andy Warhol Foundation for the Visual Arts.