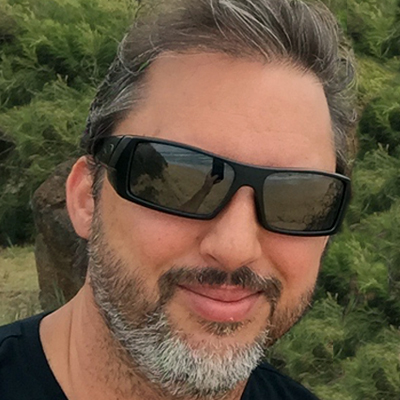 Who am I? The story of how it started and Who’s to Blame!

I was born addicted to cartoons, comic books and orange crush. These influences combined with the sugar high, would cause visions of Cars and Creatures. I soon started trying to capture these visions on paper and other cartoon and comic book junkies my age began to encourage me.

Cars have always been a DRAW for me, Literally! My earliest art memory is of a cartoon “Model A” paint by number I still cherish and my rst life models were “Hot Wheels” and my “X-Wing.”

My addiction was further fueled by the works of Ed “Big Daddy” Roth, “The Munsters,” Marc Davis, Chuck Jones, Dean Jeffries, “The Snake & Mongoose” Derek Riggs, and George Barris. This all led me to becoming a halloween loving, monster loving, hot rod junkie.

In 1984, I began experimenting on an Apple computer, which led to my becoming involved in Digital Design and working with numerous design studios. My rst major art show was in 1996 at the Annual Laguna Beach Art Festival.

Today I reside in Southern California, still working with ad agencies and displaying my work at various galleries, art shows, and festivals.

In dedication to my brother Jeremy, who’s life was cut short in November of 92′ at just 16 years old. I began placing the number 8 (his football number) on every piece of artwork I create, sometimes it’s hidden.