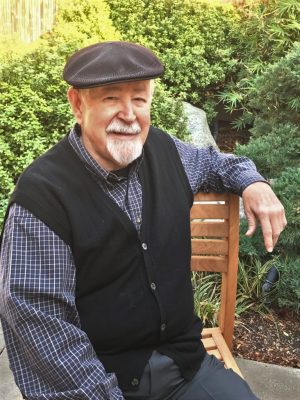 Presented by Musicians' Club of Orange County, The at MILTON FOSTER RECITAL HALL

Dewy Erney, Jazz Legend, will be honored by the Orange County Musicians Union at the Milton Foster Recital Hall. Dewey will be joined by Ron Eschete, Gerry Schroeder, Paul Gormely and Denny Dennis. Don’t miss this wonderful night of jazz!

Orange County Legend of Jazz: Dewey Erney has been performing in Orange County (and beyond) since the mid-1960s, usually with trios headed up by the late, great Dick Powell or Jan Deneau.  Dewey performed with Dick Powell at various Reuben Steakhouses and most particularly at the floating Reuben E. Lee, on Sunday evenings.  He played at the Fleur De Lis in Laguna Beach with the Jan Deneau Trio (Don Roseff, bass) for several years.

It was while performing at the Fleur De Lis that he met Gerry Schroeder, Bob Cassens and John Whited who were playing at the Outrigger across the street in Laguna.  This led to a lifelong friendship with Gerry Schroeder and a wonderful musical relationship with the big band Bob Cassens Orange County Rhythm Machine and Wind Ensemble, which in turn led to a friendship and musical relationship with ‘phenoms’ Tom Ranier and Tom Kubis.

Some of the more lasting friendships and musical times, as related to Orange County, have been and are: Ron Escheté, Gerry Schroeder, Luther Hughes, Stephanie Haynes, Jack Prather, and Jack Wood.  The list goes on, but these were the people I spent the most time with.

There have been so many nice events where Dewey has performed, too numerous to list, but among the most noted venues in which he has performed in Orange County is Terrence Love’s Steamers Jazz Club in Fullerton, where he performed for 16 years (1995-2011), usually with Ron Escheté.  For 8 years Ron and Dewey worked as a duo, and the last 8 years with Ron’s Trio (Todd Johnson, bass and Kendall Kay, drums).

Also, there were several years of performing at the Robert B. Moore Theater on the campus of Orange Coast College with the Doc Rutherford Big Band and also with The Great American Music Co with Jack Prather and Stephanie Haynes.  Dewey also performed as the featured vocalist with the Long Beach Municipal Band, at their outdoor Summer Concerts in the Park series, for the entire decade of the 1980s, with arrangements mostly by Tom Ranier and directed by Marvin Branson.

$10 STUDENT RUSH (AVAILABLE ONLY AT THE DOOR)