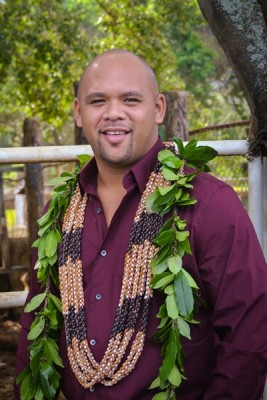 Part of the Hawaiian Music Masters Series Kuana Torres Kahele is an innovator and trendsetter who expands the boundaries of Hawaiian music with his rich vocals and enduring lyrics. In 2011, he stepped out as a solo performer after over 15 years with the legendary Hawaiian super-group NA- PALAPALAI. Kuana’s debut release, Kaunaloa, went on to sweep every major award that year while his greatly anticipated second solo release, Kahele, is one of the most exotic and diverse collections of original music in many years. Recognized and praised as one of the leading living Hawaiian composers, he writes from his own experiences and weaves poetic imagery throughout his captivating melodies. Pixar has chosen Kuana to be the voice of Uku in their upcoming short film, Lava, which will debut in 2015.