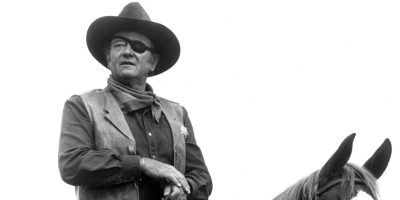 Movie night under the stars!

True Grit (1969) is an American Western film starring John Wayne. The Oscar Award-winning film has been called “the last great Western film of the 20th century” and is based on a novel about three characters running after the same Wanted man: a Texas ranger, a 14-year old girl, and the U.S. Marshall that she has hired (Wayne) as an assassin. This film will take place under the stars in the Casa Courtyard. Popcorn and drinks are available at our cash bar. Attendees are encouraged to bring blankets or low seats.