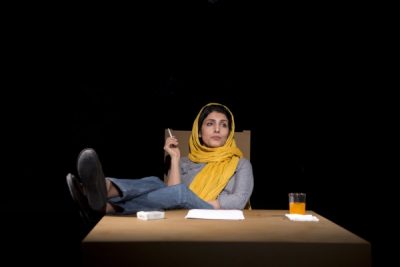 Performed in Farsi with English supertitles.

This Iranian-based theater company makes its West Coast premiere in the Center’s Off Center Festival. 2004: The young Iranian theatermaker Amir Reza Koohestani makes his international debut with Dance on Glasses, a subtle and candid portrayal of the end of young love. 2014: Koohestani creates a fictionalized reunion of the actors from Dance on Glasses. Having separated in the intervening years, they confront the distance between their personal biographies and collective histories in this intimate portrait of Iranian life. Amir Reza Koohestani is one of Iran’s most successful and prolific playwright-directors. Dance on Glasses won international acclaim and toured for four years. He is the first director to win two consecutive awards for the “Best Theatre Production of the Year” in Iran (Ivanov, 2011 and The Fourth Wall, 2012).