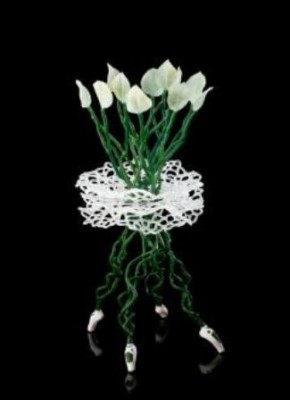 Born in Akron, Ohio, in 1958, artist Kathleen Elliot moved to California with her family at the age of two and has built her life and career there.  Her first career was as a hairstylist and makeup artist.  During the years of that career, she began to study philosophy, linguistics and biology, and was eventually offered a position that lasted for six years with Dr. Fernando Flores, managing and designing educational programs in applied philosophy.  Kathleen’s next six years were spent in the semi-conductor industry in organizational design and education.

In 1995 Kathleen began making glass beads as a hobby.  She learned by studying the images in glass bead books and experimenting to figure out how the artists had made the beads.  After several years of this, her husband Brent encouraged Kathleen to pursue glass art in earnest.  She applied and was accepted to Pilchuck Glass School, founded by artist Dale Chihuly.  She studied at Pilchuck during three consecutive summers, developing the foundational skills that would lead to her botanical sculpture.

As a staunch believer in life-long education, Kathleen has over twenty-five years of study in philosophy, linguistics, leadership, management and communication, alternative spiritual disciplines, and most recently the arts.  Kathleen has gained international recognition within the glass art community, has won numerous awards, and on behalf of the city of San Jose, CA, has made diplomatic gifts to foreign dignitaries including Mayor of Okayama, Japan, and Lord Mayor of Dublin, Ireland.  Kathleen resides and operates a studio in Cupertino, CA, while happily married and raising a family of five children.