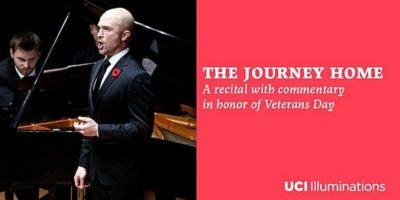 Inspired by the 100th anniversary of the signing of the armistice that ended World War I, ‘The Journey Home’ tells the story of men and women who must find their way back home, literally and figuratively.  While most of the music is directly related to World War I, its themes are universal, reaching as far back as Homer’s Odyssey.

The evening is a companion program to Brancy and Dugan’s critically acclaimed “A Silent Night: A WWI Memorial in Song,” which commemorated the centennial of the beginning of World War I and was performed at UC Irvine in 2018.