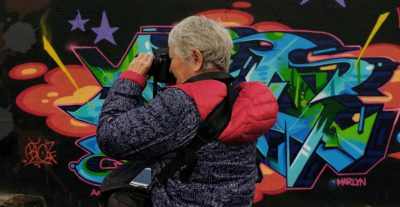 One of the first documentarians of the 1970s New York graffiti scene, her images along with those of Henry Chalfant propelled a generation of street artists who feverishly photocopied and shared the pair’s co-authored book Subway Art. As one of the most stolen books of the art world, Subway Art never met commercial success—but, as Martha learns 20 years later, it did turn her into a legend.

RSVP to reserve your spot and to receive an access link by email once the streaming period begins.