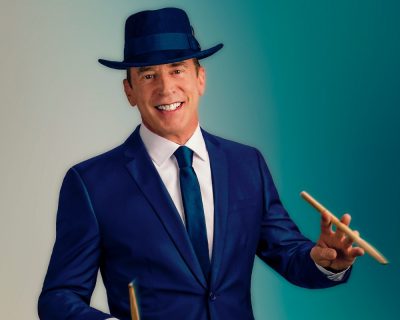 Bryan was a guest drummer on the 2017 release, Bass Ball, Bunny Brunel and Friends, produced by Bunny Brunel and Stanley Clarke. Bryan recorded the drums for the third track called “Stand Out.” Composed by Armand Sabal-Lecco, the track features Bunny Brunel, Stanley Clarke, and Armand Sabal-Lecco on bass, Monette Marino on percussion, and Bryan on drums. Other musical giants on the album include Dennis Chambers, Simon Phillips, Victor Wooten, and Clayton Cameron.

His most recent release, Romantic Bossa Nova, features the magnificent vocalist and flutist Kaylene Peoples, and her husband, the legendary bassist Bunny Brunel, with Mahesh Balasooriya on piano, Joe Calderon on guitar, and Monette Moreno on percussion.

Bryan’s album, Jazzcraft, features Ron Kobayashi on piano, Peter Sprague on guitar, Jeff “Sly” Simon on bass, and Bryan on drums and vocals. The album is a compilation of Bryan’s soulful, high-energy interpretations and renditions of great jazz standards from Sinatra to Coltrane. He is scheduled to record his follow-up album this spring. It will feature some of his original jazz and funk compositions along with fresh interpretations of some of jazz’s greatest tunes.

Bryan began playing and studying music as a child growing up in Chicago. A graduate of the prestigious Berklee College of Music on scholarship, he currently resides in Orange County.