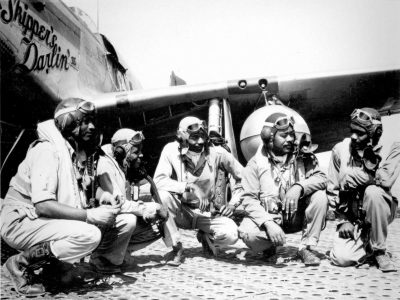 Fighting for the Right to Fight: African American Experiences in WWII

Chauncey Spencer II will tell how his father, Chauncey Spencer Sr., helped convince the US government to form the Tuskegee Airmen, the first Black fighter pilots in the US military. Spencer will share personal, behind-the-scene stories about his father's fight to bring about equal opportunity for African Americans in World War II.

The speaker series is presented in conjunction with our current exhibit, Fighting for the Right to Fight: African American Experiences in WWII, which will run through Sept. 16, 2022.