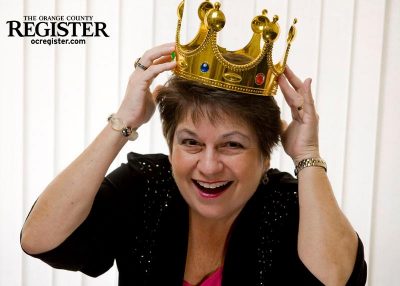 Senior Comedy Afternoons came about in response to a daughter’s desire to please and more importantly amuse her 91 year-old mother! The story being…my husband and I had taken her out to a comedy club  for an evening’s entertainment and she just hated it..!  She just couldn’t relate to the young comedians and the language being used and  so..I got to thinking! Why not create something just for Seniors..?

The elements that needed to be satisfied were an afternoon time frame in a nightclub setting, a nice meal served before the show and comedians that would serve up their humor fast and positively funny!…..with comedy she could relate to!

And so, a few dozen auditions later, a club to  perform in and some generous publicity from Los Angeles television station KABC Channel 7 and the Orange County Register, and  Senior Comedy Afternoons was born!