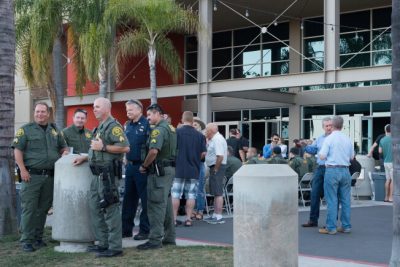 Founding Pastor Denny Bellesi and his wife Leesa had long dreamed of starting a church. That dream began to take shape in 1985 as a small Bible study in a living room among a handful of neighbors and friends.