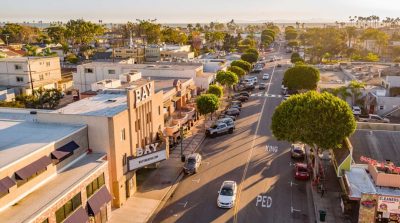 Since 1947, the Bay Theatre is a single-screen movie theater in Seal Beach, California, in the United States of America. It is best known for its screenings of foreign and independent films, and for its revival screenings. The Bay Theatre is also home to a Wurlitzer organ which is used for concerts and silent film screenings.