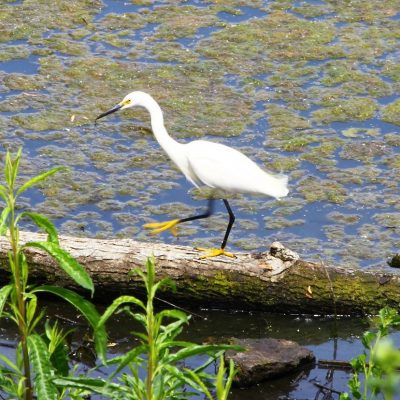 Named after former Huntington Beach Mayor, Donald D. Shipley, the nature center was opened in 1974. Dr. Shipley’s vision was to have a place which reflected what California was 100 years ago.

After years of neglect, the Nature Center became overrun with invasive, exotic plant species that crowded out more desirable native plants on which local native wildlife depends. Non-native tamarisk and giant reeds depleted the ground water. Dead Monterey pines and giant reeds, were a fire risk and needed to be removed. The Blackbird Pond suffered from lack of oxygen, especially during the summer months.